We need to hear your feedback. So if you don’t think you have a voice, please think again. The more support we generate, the bigger the voice. The bigger our voice, the more call for action Island-wide. 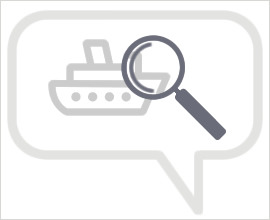 We thought that Red Funnels idea of a board which said “You Said -We did” was rather clever so we had a look at the board which is posted next to the Pursers office on the Red Osprey. We were not overly impressed. The posted comments were somewhat lukewarm and the “did” comments underwhelming. It had the feel of a task whose completion fell to someone not desperately interested. We think that you can do better than this Red Funnel. Its a great idea but you have to really, really mean it.

We are much more impressed with Red Funnel signing up to Feefo to get real customer feedback and taking the rather brave decision to publish all comments – good and bad. So far it seems to be paying off for them.

You can see the latest comments here

Praise where praise is due – WE LIKE IT. Please make sure you use it – it is only if they have your views that they can act on them.
How about doing the same Hovertravel and Wightlink? It is an external service – so no excuses about it not being compatible with your website.